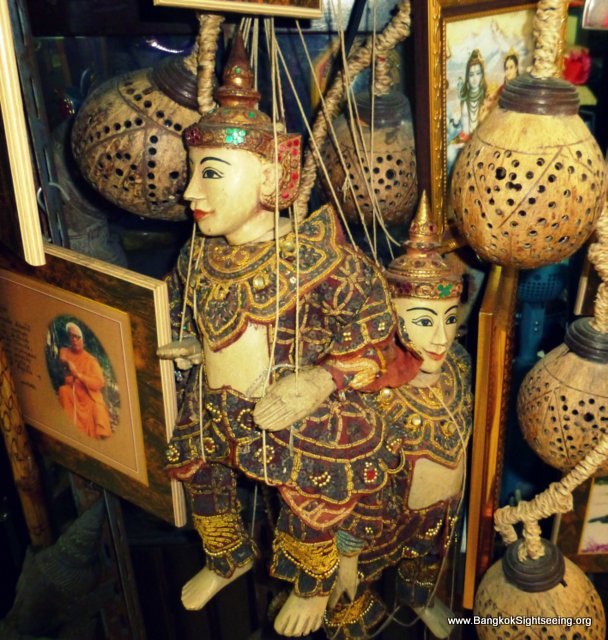 Thai people have some interesting puppets, and puppetry has for a long time been a popular form of entertainment in Thailand. With the advent of TV, cinema and radio however its popularity declined – until puppet master Joe Louis helped to advance it, and the now legendary Joe Louis puppet theatre in Bangkok is still doing daily shows.

We spotted these old puppets at the Or Tor Kor market in Bangkok, which is mainly a market for fresh produce and foods, but you also find a section where they sell all kinds of merchandise, including these two little fellas 🙂

Next post: What The New York Times Thinks You Should Do With 36 Hours in Bangkok