Kite Flying in Bangkok near the Grand Palace

In Bangkok’s historic district, right adjacent to the Grand Palace is a big green area called “Sanam Luang” (สนามหลวง). One of the popular activities for Thai people here is kite flying – and you’ll often see Thai’s, both young and old, letting their kites fly here.

This is not some new fashion, but indeed an old tradition which has been around since the founding days of Bangkok. 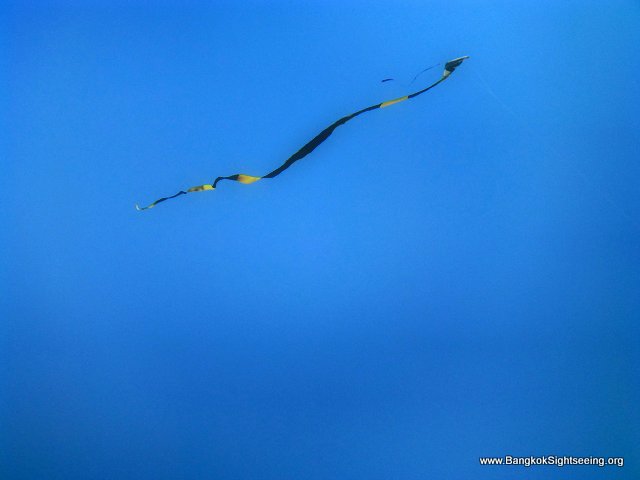 In the past, during the reign of King Rama I (who was the very first king of Bangkok) people were already flying kites at Sanam Luang – including the His Majesty the King himself.

On certain occasions you can still observe kite flying contests here, which have been promoted since the reign of King Rama V (his reign lasted from 1 October 1868 until 23 October 1910). However, Thailand has a very long tradition of kite flying, which was already a part of Thai culture since the Sukhotai period (1238-1438) – and in fact, kites were used in warfare hundreds of years ago in Thailand!

King Petraja, who reigned from 1688-1703 used kites to fight a rebellion in Nakhon Ratchasima against him. He tied small containers of gunpowder to kites, let the kites fly over the rebels and thus forced the rebels into capitulation with what could be called a “traditional air strike.

The best time to come to see kites in the sky at Sanam Luang (or let one fly yourself) is during Thai summertime – around the month of March, as the Thai people find that the hot “Tapao wind” is best for letting kites fly. Kite festivals are also held in other provinces of Thailand (and you can watch a video of the kite flying festival over at YouTube). 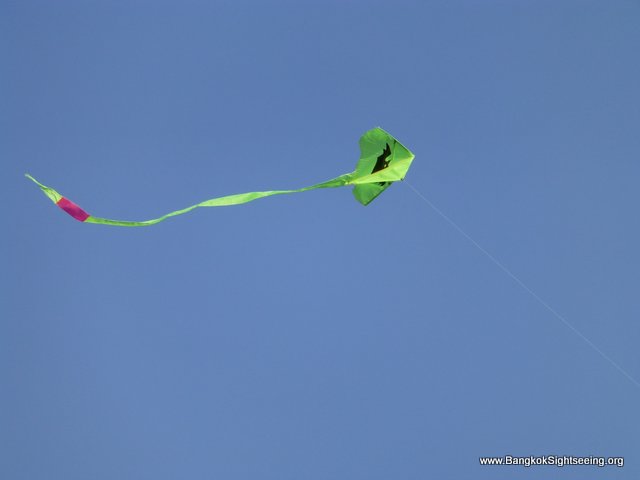 So if you have enough time to spare during your Bangkok sightseeing trip and are here at the right time of the year, why not stop by to watch the kites fly? 🙂